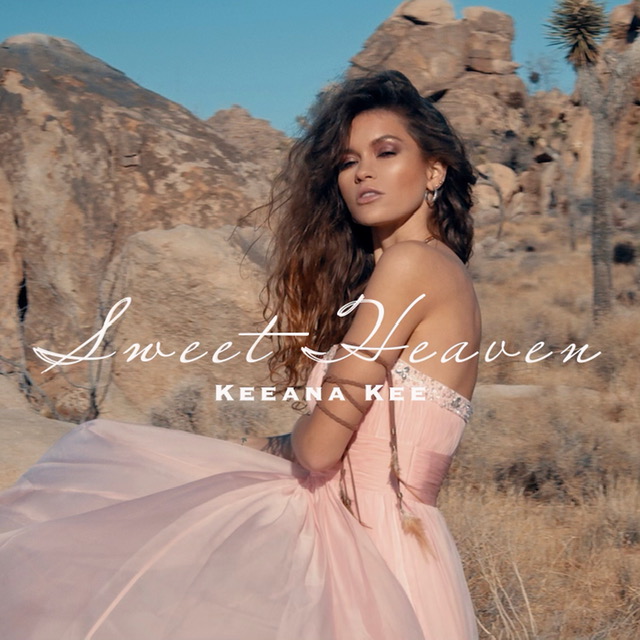 Since arriving in New York City just four short years ago, Latvian-born, London-raised fashion supermodel Keeana Kee has been making impressive inroads with her first love – making music as breezy and tropical as her own effervescent personality. Not one to shy away from controversy, her music videos have touted her gay sexuality, while her most recent, the Afropop tribal percussion of “Sweet Heaven,” offers a veiled critique at this country’s increasingly harsh border policies.

After leaving university in London while still a teenager to pursue her artist career Keeana successfully moved to New York in 2016.

That affirmative quality has always been a part of not just Keeana Kee’s music, but her life, an indomitable spirit that empowers others to be their true selves, even if it goes against others’ expectations.

Growing up in Eastern Europe, Keeana wrote her first song in English when she was just 10, “You Will Love Me,” as a fan of larger-than-life ‘90s divas such as Whitney Houston, Mariah Carey and Beyonce, as well as Aretha Franklin and Ray Charles, then later on, Rihanna and Sia. Her fresh, breezy personality dominates the music, proving both sensual and fun, making people feel good about themselves, her ultimate goal.

Kee has also worked with some of the leading DJs, remixers and producers in the world, including Dirty Disco (“Shoot Me Up”), Yence500 (“Genius”) and Luca Bisori (Deep Vibes remix of “Coconut Rum and Coke”) as well as featuring Latin rapper Kid G on “Open Arms.”

Keeana still can’t figure out where the Latin elements on songs like “Let’s Make Love” and “Love Is My Treasure” come from.  “That flavor is just how I write,” she explains about her music, which has also been compared to Shakira.

Keeana is frank about her free-wheeling sexuality, refusing to be labeled, even though she is definitely out at the moment.  She took part in London’s Pride music festival last year, performing on the DIVA stage.

“This comes naturally to me. I’m not shy or afraid. Being in front of a camera is easy for me. I don’t overthink things, they just happen. I’m not trying to be sexy. I’m just always myself.

Just as important to Keeana as her music is giving back to the community, especially her membership in ISINA, Inc., a music talent search and mentoring program with Mariah Carey producer Walter Afanasieff, Kenny G., Humberto Garcia and Paul Oakenfold.

“Giving back is so important for me,” she says. “Meeting Walter was unbelievable. He’s a legend and I was so honored to be part of it.  I may not be a great example right now, but I hope my determination and hard work, never giving up, is inspiring to anyone who wants to make it in this business.”

It is all part of Keeana Kee’s mission as an artist, to spread joy and empower people to be their best, most authentic selves.