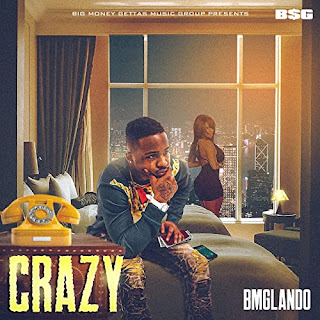 I had to be the man of the house

Orlando Rideout is a passionate musician, having specialized his unmatched talents in the field of drumming. His musical journey, fueled by the series of struggles throughout his to-date life, soared the skies of excellence and expertise in a surprisingly short period of time. Orlando manages to beguile his audience in the truest senses by diffracting the euphoria he feels while playing, onto them. Having had the fortune and talent of creating some regionally as well as nationally acclaimed music hits, Orlando aspires to be the upcoming sensation in the struggling alleys of the art of drumming.
Born in the late nineties, on a pleasant day of early January on the North side of St. Louis Mo, Orlando proved to be a gem among the rocks for his parents: Wenona Baker and Lerenza Rideout. His innate talents of resonating with the rhythms and drumming were cheerfully acclaimed, acknowledged and appreciated in his own home. By the age of one, Orlando was beginning to practice his natural art of rhythmic creativity on a mere button box as the drum and two hanger guards as his first ever drumsticks given to him as a generous and thoughtful gesture by his grandmother. By the time he turned five, Orlando had the opportunity of performing and properly polishing his craft at the Black Expo which he continued for three years. His first genuine drumming job was at the Greater Calvary Missionary Baptist Church.
Throughout all the struggles of glorifying his skills and embellishing the magnificent talent he excelled at, Orlando has also had the grinding pressure of being the sole breadwinner of the house. Since he was raised by a single mother, his household was financially challenged, and his grandmother had died as well at an extremely young age that disturbed him a lot. Since then, several small jobs kept him engaged so that the home bills could be paid regularly. He paved his way through that storm of adversaries with an exemplary attitude and turned out to be a refined man of creativity, experience and artistry paying him back as gifts of his tireless struggles in the form of the acknowledgements he earned.

The reflection of his efforts and bearings in managing circumstantial issues and relationships throughout his life is vividly apparent in the soul-shaking rhythms in the debut album Love Struggles that is about to be released soon this year. The achievement chart of Orlando’s life has been bestowed with some worthy names and numbers. His single named “Unbreakable” took him to the heights of being among the top 40 National Radio Hits. The star of his fate also shined quite brightly on the New Music Weekly Top 100 list.

Sweeping through the ocean of his aspirations and passion, Orlando Rideout is always seen praising and thanking God, his mother and his grandparents for being the beacons of support and guidance for him. Orlando is currently busy fabricating his first album “Love Struggles” and plans on releasing it later this year. Currently, his next song from the album namely ‘Crazy’ is expected to be released in a mere three weeks. His future looks promisingly bright.