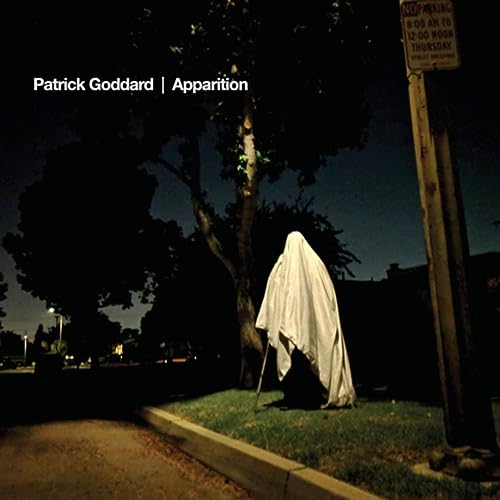 Artist Biography in His Own Words
Patrick Goddard is a musician from Long Beach, CA. Born and raised in Santa Cruz County, Pat started playing in bands in the late 80’s, inspired by the punk and underground rock movements of the 70’s and 80’s.

From ‘89 until ‘97, Pat played in several punk, pop punk bands, starting with Several Fish, Cara de Nada, and Go Pound Salt.  Cara de Nada, started in Santa Cruz, but eventually all three members moved to San Francisco. After Cara de Nada disbanded in ‘94, Pat not only released a solo album, “Chew”, but also formed Go Pound Salt, and they released a self-title album in ‘96, and were active in the thriving Noise Pop scene of the time.

After Go Pound Salt stopped in ‘97, Pat kept busy with songwriting and recording demos, and released the album, “Fascination” in 2001.  The 2000’s were busy with Pat hacking web sites in the record industry and raising a family, but in 2009, he started the stoner rock/post punk duo, Lost Cabras, who played extensively in Southern California until 2012.

Starting in 2015, Pat has been busy putting out releases, starting with an acoustic EP, “Dirty Afternoon”, in 2017, a collection of “lost” songs from Go Pound Salt called “The Lost Tapes, and two EP’s in 2018, “Better Not Wait” and “This Time Is Ours”.

In the summer of 2018, Pat had the honor of recording two songs in Portland, OR with producer, Raymond Richards, for the inaugural Lung Records single release, “Apparition”.

“I’ve always been a huge Bob Mould/Sugar/Husker Du fan.” says Pat, “But really, all those bands from the peak era of SST Records, is probably the aesthetic I most identify with. My influences are all over the place, from Black Sabbath to Lefty Frizzel to Mission of Burma. But my heart always finds a way back to a good pop hook with punk angst.”