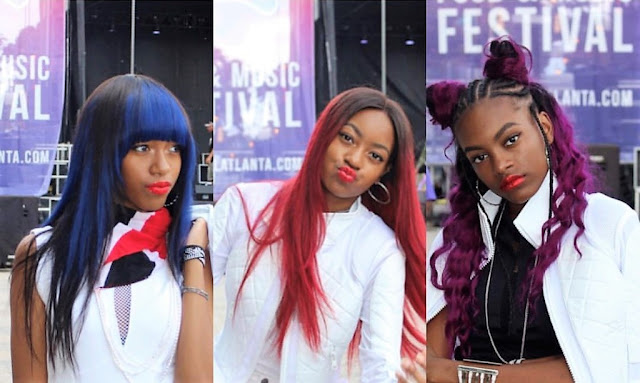 Artist Biography in Their Own Words
ABOUT THE MAKO GIRLS


Meet Atlanta's own pop and R&B group MAKO Girls! Deemed to be as legendary as the great TLC. MAKO Girls have been setting their own trends and creating their own opportunities. Meet (left to right) Kena (18), A-Ni (14), and Mimi (16) Ochoa known to most as MAKO Girls. They are three sisters that took their love for singing and dancing to a professional level. Inspired by Missy Elliott, TLC, Aaliyah, Katy Perry, and Mindless Behavior, the MAKO Girls wanted to do more than just sing and dance, they want to entertain the masses.

With the upcoming release of their second EP, the MAKO Girls are making waves in the entertainment industry and it's a dream come true.  The MAKO Girls have performed at over 120 youth inspired events and shows in the past two years. The group is striving to break barriers with their clean music and introduction of a professional platform where other artist that possess the same drive and passion can become a part of the movement. The creation of the MAKO Girls Annual Glow Party and now the MAKO Girls Carnival Glow Party Tour has completely changed the dynamics of MAKO Girls placement in the industry. The introduction of their teen cosmetics line with Kissable Lips Cosmetics put the group directly in front of the lime light and the sisters embrace it.