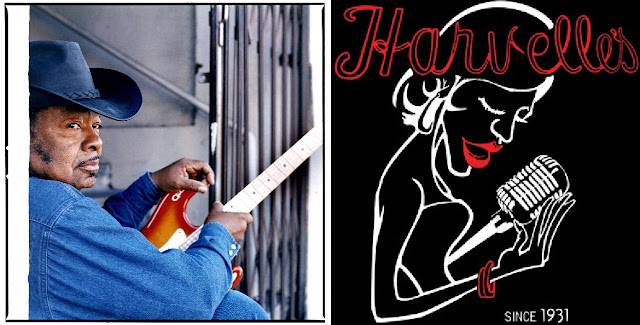 Guitar Shorty, aka David Kearney, was born in Houston, Texas but raised in Kissimee, Florida. As a young boy he would sneak into his uncle’s room and try to play his guitar. He was so small his hands didn’t fit around it’s neck, so he would lean it against the wall and play it like a stand up bass. When other kids were in high school, Shorty was a student by day and a working musician by night. One evening when he went to work the marquis read, “The Walter Johnson Band featuring Guitar Shorty"; the name he would go by from then on was born. Right out of high school at the age of 16 Shorty joined Ray Charles and his band for a year. At the age of 17 he recorded a single under the direction of Willie Dixon on the Cobra label. When Shorty was lured away to play with Guitar Slim he moved to New Orleans.

Click here to purchase these photographs with or without Shorty's signature. In New Orleans, Shorty fronted his own group that became the house band at the legendary Dew Drop Inn. There he played with greats such as T Bone Walker, Big Joe Turner and Little Richard. It took a job with Sam Cooke to get 19 year old Shorty on the bus and on his way to the West Coast. Shorty lived and worked in both Los Angeles and Canada until in 1961 he met his wife, Marcia, in Seattle. When Shorty married Marcia he also got Jimi Hendrix, Marcia’s brother for a brother-in-law. The young Jimi Hendrix came to see Shorty play often and they were friends until Jimi’s untimely death Like a Texas tumbleweed, Shorty rolled back to the Los Angeles area in 1971 and Los Angeles has remained his home. He cut his first full album and got his first W.C. Handy Award while living there. Since that time Shorty has recorded several albums for the Black Top label and is currently signed to Alligator Records. He often jams at local clubs with former members of the Eagles, Steely Dan, and calls local blues artist Keb Mo a personal friend and fan. He continues to capture audiences with his sincerity, energy, and Rocking/Blues style. http://www.guitarshorty.com/

Established in 1931, Harvelle's is the oldest live music venue on the Westside. This dark, sexy room is the perfect spot for listening, dancing and drinking to the best local, national and international acts. 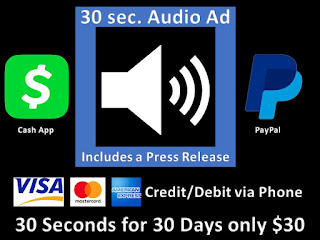 Click here to pay for 30 sec. Audio Ad via PayPal