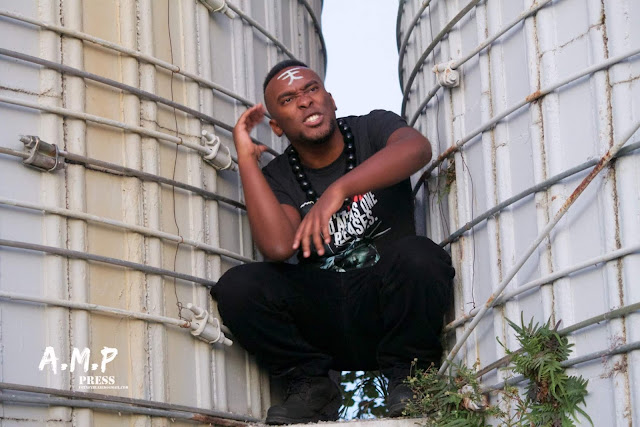 Artist Biography in His Own Words
In the recent wave of hip-hop artists from South Florida, none have proven quite as versatile or as eloquent as  “The Lyrical Akuma.” Heralded in underground chopper communities as the fastest rapper in Florida, SplytSecond blends his complex rapid-fire delivery with dynamic musicality that redefines the boundaries of conventional hip-hop.
His international background and 10 year passion for hip-hop music has fashioned him into an exceptional wordsmith and a force to be reckoned with.  His body of work includes a 9-track studio release titled; PROJECT:Akuma which has over 90K Spotify streams and an Independent Music Award nomination for best Rap Album,  as well as over 1.2 Million YouTube views of his content.
SplytSecond Increased his exposure in 2018 with features on the Florida Key cypher, a live performance at the Independent Music Awards in New York and the lead spot in the Lyrics Matter Cypher along with contest wins from notable beatmakers Anno Domini and Maxxon Priddy. His second project "The SplytRugga Mixtape was released in August with 5 new tracks which includes the winning entry from Anno Domini's contest;  "Blow You Away".
In 2019, Splyt reaches another level with an opening spot on the second day of the 2019 SunFest Music Festival  headlined by G-Eazy.