Skip to main content
Labels
Posted by LHMPR Radio May 24, 2019 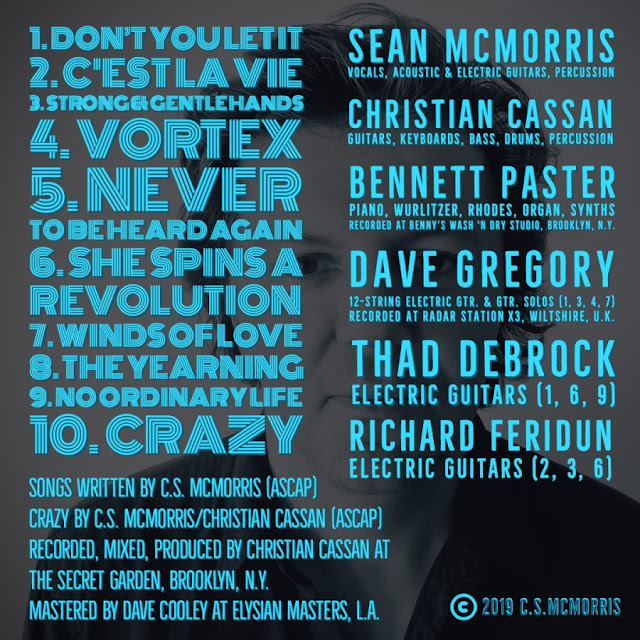 Sean McMorris started life as the left-handed child of an American single mother in Paris, France. Music cast a spell early on, under the auspices of Elvis Presley, his very first idol. When offered a dollar for his rendition of "All Shook Up," five-year-old Sean balked; a few years later, he got a taste of his own medicine, when he took up singing and piano lessons with an honest-to-God nun who refused to indulge in frivolities such as McCartney’s “Fool on The Hill” despite countless pleas. All these ironies might or might not have escaped him when he picked up a pair of drumsticks and learned to roll with bebop legend Kenny Clark. Once the borrowed piano in his bedroom was returned to its rightful owner, Sean turned to his mother's neglected nylon string guitar to quench his thirst for harmony.

Having graduated from the French lycée with a Baccalaureate in Economic and Social Studies, Sean was now free to pursue his musical explorations, which took him to the US. First stop, the Berklee College of Music with a letter of recommendation from none other than Leonard Bernstein (don’t ask how!) After a year totally under the radar, he dropped out and joined Boston rock band Option One, experiencing his first taste of success. In true 80’s fashion, all the limos, groupies, drugs and label interest from IRS Records guaranteed the band’s eventual demise. When Sean’s mother ran into Don Henley in an elevator in L.A., Mr. Henley recalled how badly he had starved in Beantown, which was exactly what her son was doing.

In an effort to put more food on his plate, Sean naively relocated to the Big Apple. He landed in an East Village apartment-share, conveniently located next to housing for the deaf, which meant his newly formed band PEG could economize by rehearsing in the living room! Together, they recorded and released a self-titled independent CD long before it was trendy to do so. Finally, Sean decided to do something practical and return to college to earn a Bachelor's degree in Jazz Drumming from City College (CCNY). On campus, he had the pleasure of performing for Ron Carter and John Patitucci. This eventually led to sharing the stage with performers such as Tony Award winner Bill Irwin and Richard Lloyd of Television, who also went on to produce The Blondes, Inc.’s eponymous album.