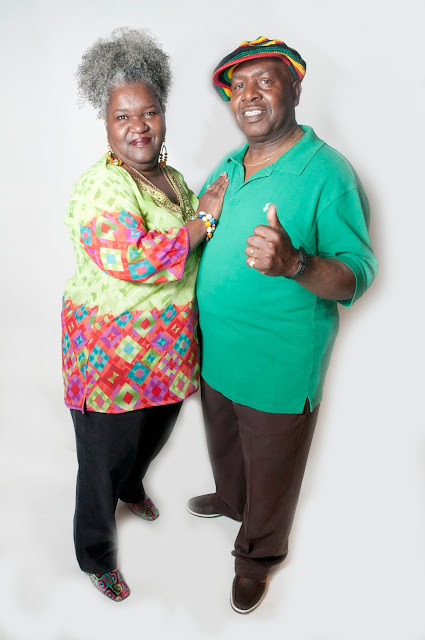 Kashaka & Sauda Olukayode, the husband & wife singing duo & song writing team started entertaining in the early 1970's, with a trio group called the "The Kendells", in Baltimore, Md. Upon meeting manager & promoter Lou Karpouzie, the group then because the front vocal group for the "The Sound Track Band", from 1970 to 1983. In 1978 Sauda attended acting school at the "Theatre Project", in Baltimore. In 1983 Shaka and Sauda formed a band called "Classic Revue" which open up for the Manhattans and Regina Bell. In 1986 Sauda won the "Randy Dennis Best Fest" which included the "Toni Braxton", That win earned her a trip to perform as  special quest at the world famous "Apollo Theatre", in New York. In 1987 Sauda won first place in the WWN radio station talent contest, hosted by "Magic 95.9 Time Watts". In 1988 Shaka and Sauda's band "Classic Revue", won the Budweiser Showdown, they also won with the winning song that they wrote, called "Don't Stop Knocking On That Door", the song earned a "certificate of acheivement" from Bill Board magazine.

They also earned a opportunity to open up for "Peabo Bryson" and the Four Tops, at the Baltimore Arena. The contest had over 25,000 entries. In 1990-91 Sauda was semi-finalist in the Billie Hoidy vocal competition. In 2000 Shaka and Sauda released a CD called "Good Ole Days", featuring "Mama's Song", a song that they wrote in 1982, and also a remake of, "Ruby and the Romantics, Our Day Will Come". Also on that CD is a song they wrote called "Get On The Floor", that features their son. In 2016 Shaka and Sauda released a CD called "Believe in Yourself", the CD included musician/producrer Moe Daniels, jazz musician "Kim Waters", and the song write and producrer (James Rasheed Carter). The CD was recorded at the Hot Tracks Studio. In 2019 Shaka and Sauda released "My Love", featuring three of their grandchildren. That track was recorded at "Above Ground Studio" in Baltimore. Some of the places they have played in Maryland are: The Phase Three, Twin Pines in Essex, Brown's Beef and Beer, Mother Lode's Wild Cherry, LafayettePalace, The Famous Ballroom, The Alcazar, also Harbor Cruises, World Trade Center, Martin West, Timonium Fair Grounds ,Afram Knights of Columbus, Reisterstown Road Plaza, and The VFW Post.