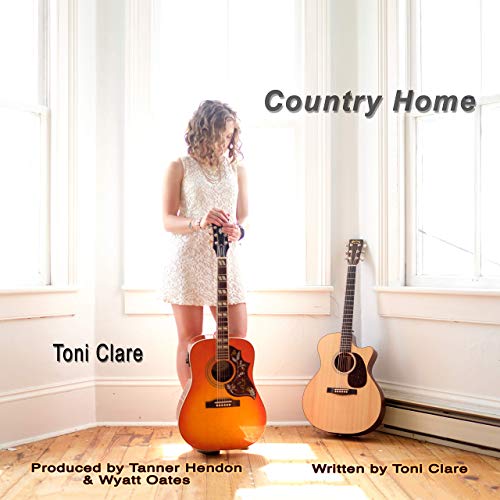 Toni Clare (17), artist, songwriter, performer, producer--Toni Clare is one of those young artists who has the total package in modern country Music. She has a high powered team of Music and entertainment professionals working with her.  Larry Fridie, former manager for James Brown The Godfather of Soul, Michi Robinson (Justin Bieber/Usher) artist development.  Peggy Johnson (Board of Governor's The Grammy's), Tanner Hendon of Atlanta Madison Records Recording Studios,  and Kamaal Malak Productions Nashville, TN (former member of Arrested Development).
​
Toni Clare is one of the Hottest upcoming Female Country Artists.  Performing since the age of ten, she has developed a style that fits today's country music.  Influenced by Taylor Swift, Miranda Lambert, Carrie Underwood, Jennifer Nettles, and Florida-Georgia Line, her sound is radio ready and appeals to a wide audience of Country and Pop music fans.
​
Toni Clare has been selected to join the roster of artists from AWAL’s independent music service, and her new EP, Country Home, is on sale now on Spotify and all major digital outlets. The EP has four new, unreleased songs to go along with the four Songs released on a limited basics in the Virginia local market. The new EP includes all songs written and performed by Toni Clare.  Produced, recorded, mixed, and mastered in Atlanta, Georgia at Madison Records Recording Studios.  The songs produced by multi-Platinum production team of Tanner Hendon and Wyatt Oates.  The EP has a collection of songs that make you  dance.  Also some great love songs that lyrically provide a picture of teenage love.
​
Toni Clare has gotten such a powerful team behind her and has proven that she is one of the next up and coming Country Superstars. Our goal is to make Toni Clare a household name in 2019 through an aggressive media campaign, the release of her EP, and Various live performances.
​
Larry Fridie, Manager of James Brown The Godfather of Soul

"Toni Clare has gotten such a powerful team behind her and has proven that she is one of the next up and coming Country Superstars."