I Know Performed by: Maya B 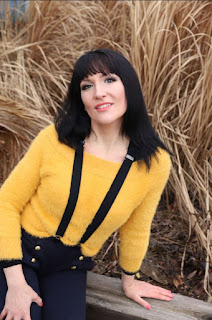 Link:www.qualifiedartist.com
Artist bio:
MAYA BSONGWRITER, STORY TELLER, SINGER
Maya B. is a Czech artist, singer, teacher, composer and producer who lives in Chicago, United States.Maya Baranova, better known as "Maya B", comes from Prague, the Czech Republic. Besides her carrier in education field, she writes music with deep lyrics, looking to inspire people to believe that they can do anything they desire and uses music as a tool to change lives, motivating people with her songs to overcome hard times.Her career started at the prestigious music Conservatory Of Jaroslav Ježek, a path that led her to achieve different goals such as become semifinalist in Superstar Czech Republic in 2004, performed in several musicals as is Jesus Christ Superstar, West Side Story, Krysar and others. She was fronting for several Rock and Jazz bands playing at big festivals in Europe, being finalist of the composers contest Cistý Festival 2015 with her band Rudollfine and toured with British massive band Morcheeba with Czech Indie band Thoola.She has collaborated with number of Czech artists such as Jana Lota and Varhan Orchestrovic Bauer (Goyaʼs Ghosts, recorded at the Abbey Road Studios in London) and released her first single Every Day in July 2016 at Prague, which gained a lot of popularity on the radio rotation after her success on the Cistý Festival. Next Single Qualified was released 11.11.2019 in Chicago and won an Poze Production Award in Rock'N'Country category for 2019