Album: I Will NOT Die Poor by LTC 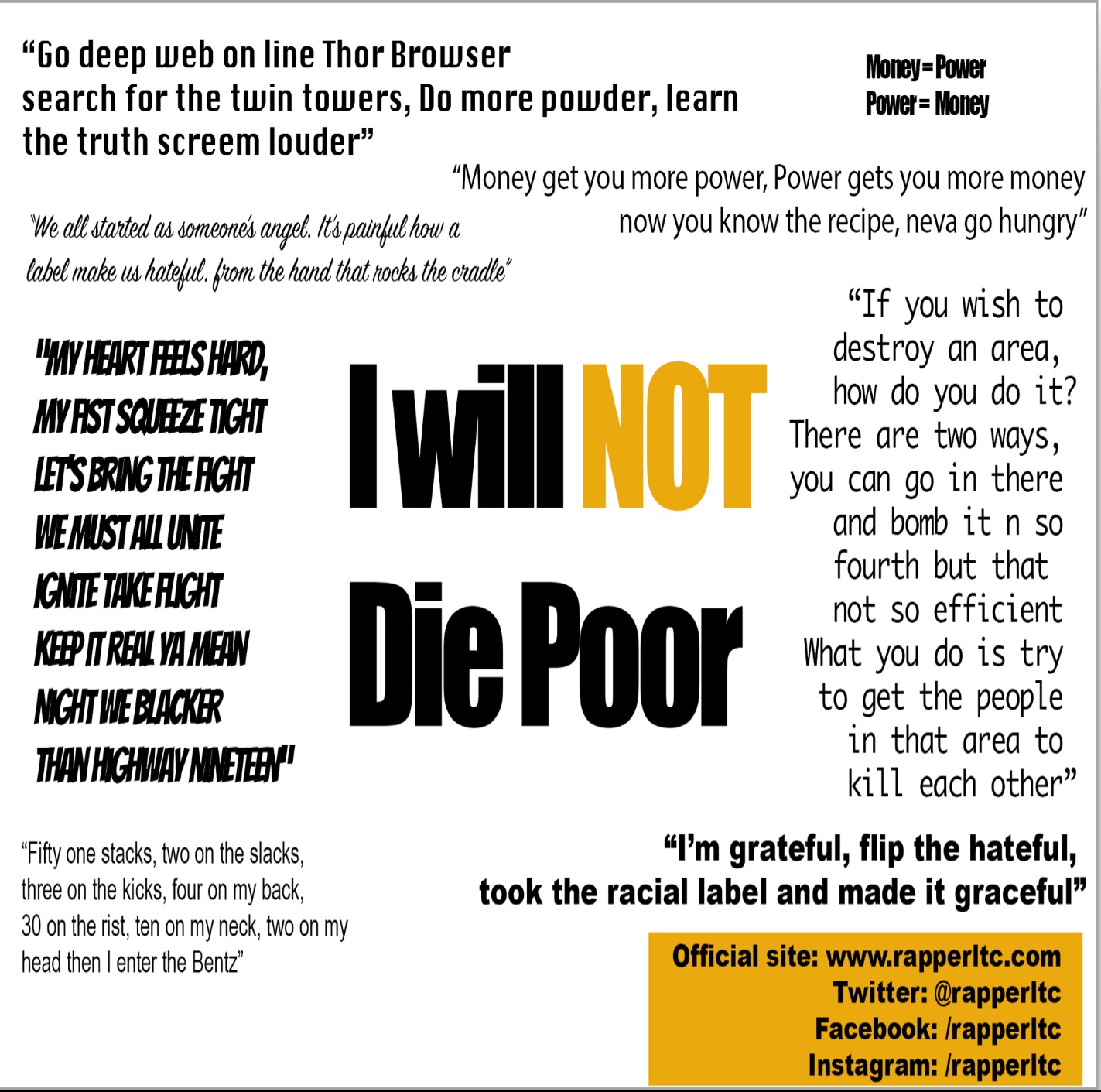 ABOUT LTC (Lightning the Cape Verdean)

Born and raised in Cape Verde, Agnelo DePina moved to the United States at a young age to strike a career in music by incorporating his roots into his stage alias as LTC (Lightning the Cape Verdean). The Boston-based Rapper/Hip-hop Artist has been making his own music since mid-2000s, and his first “accidental” involvement with music was started when he once needed to fill a rap verse for one singer’s song project. As he realized that he got knacks for writing and rapping, this moment then naturally developed into an interest in walking his own musical path.

As he seeks to be a prolific artist throughout his career, LTC has the ability of writing songs that is not limited to one specific style. While creating within the realm of Hip-hop music, he infuses his every piece with an array of sound and emotive elements that he feels right at heart. From the earlier “Evolution” album to his very recent release, “I Will NOT Die Poor”, his music offers diverse musical elements that are rich of lyrical depth within his bars together with such carefully crafted beats and instrumentations. LTC takes each piece of everything within himself and people’s life around him to inspire his song-writing process while listening to the diverse sound of other artists he listens to such as Jay Z, KRS-ONE, Lil Kim, Kanye West, ICE-CUBE, Drake and Lil Wayne. All these different influences that come to him are weaved seamlessly into becoming his distinctive sound which the listeners can immediately see in every delivery of LTC’s music. And with this, LTC is now more than ready to leave his footprints as one established artist in the Rap/Hip-hop scene worldwide.

“Every time I work on a song, I can’t seem to end the work. I find something I can improve upon every time. It could be the vocals, beats, or lyrics. I am always improving my flow, that is always my goal. I’m happy with my creativity and writing, it comes naturally” - LTC.