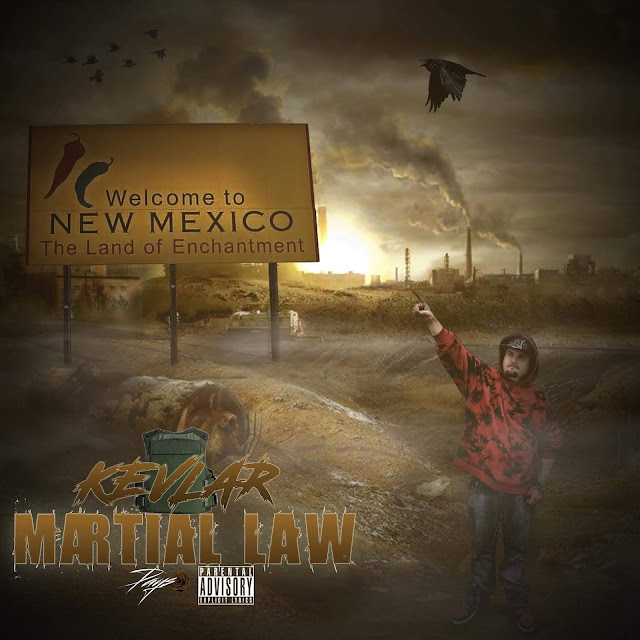 Albuquerque, New Mexico - The new generation of Hip Hop artists have certainly taken their own take on the genre. While a majority enjoy this new phase of Hip Hop, artists like Kevlar are focused on bringing back the golden age of Hip Hop.

Kevlar remains focused on bringing back the magic of his influences, legends like Eminem, Tupac, and Nas. One of his first inspirations was the Tupac album, ‘Me Against The World.’ After listening to the whole album on repeat, Kevlar was obsessed with perfecting the art of wordplay and creating music like his role models.

After a life setback, Kevlar is back to creating music and focusing on bringing back old-school Hip Hop. He started by creating his fashion label, Cold Hearted Music Ent. and releasing his single “What Happened,” featuring Swizz of Funk Volume.

Since that release, Kevlar has released multiple other singles such as “Don’t Shoot” and “Move Back.” His impressive list of discography is being added to on Halloween 2021. The artist’s debut album ‘Martial Laws’ with features such as Lil Wayne and Busta Rhymes is being released on October 31, 2021.

All of Kevlar’s music is weighted and important. He has music that talks about social injustices, such as “Don’t Shoot,” inspired by the George Floyd case that shook the world. Apart from social issues, Kevlar uses his music to express himself and talk about his life experiences. His experiences and songs are also linked heavily to his faith.

Kevlar’s impressive discography has been showcased on several different media platforms. As an artist, Kevlar is continuing to grow and be recognized in the community, with upcoming interviews with Jay Stuart.

His music isn’t restricted to major streaming platforms but has been performed live at events such as Coast 2 Coast. The artist has hosted massive events such as the Cannabis Cup Mansion Party in Alberquerque. Many have followed in his footsteps and gone on to continue hosting the events.

Kevlar is very focused on his musical career and plans to continue growing his fashion label Cold Hearted Music Ent and release albums such as ‘Healing Process’ and ‘Hidden Agendas.’ He is going to continue performing and scouting for talent as he progresses. To keep up with Kevlar and his future performances, visit his official website and follow him on all social media.

Kevlar is an indie artist from Albuquerque, New Mexico. As an artist, Kevlar has been heavily introduced by artists such as Eminem and Nas. His focus is on bringing back old school version of Hip Hop music.

Kevlar started to produce and put out music in 2020. Despite always being enthusiastic about music, the artist had to put his plans on hold due to a small stint in jail. After leaving, he founded the non-profit organization, Recovering Faith Ministries. The non-profit works with inmates and recovering drug addicts to help them back on their feet.