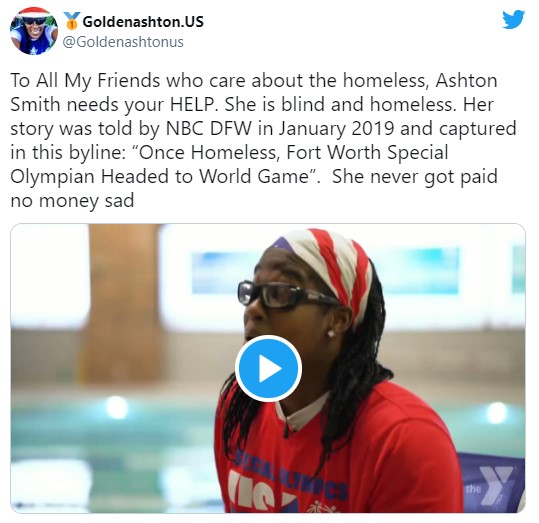 To All My Friends who care about the homeless, Ashton Smith needs your HELP. She is blind and homeless. Her story was told by NBC DFW in January 2019 and captured in this byline: “Once Homeless, Fort Worth Special Olympian Headed to World Game”. She never got paid no money sad pic.twitter.com/XEMCqgnpwo

A Blind yet Visionary Sports Personality
Despite her visual impairment, Ashton Smith is a pioneering sports visionary who has overcome adversity to triumph against all odds. She is an accomplished Blind Ex-special Olympic Gold medalist Tri-Athlete, motivational speaker, and a staunch Walk for Reform and Black Lives Matter Activist. Her unpleasant experiences in sports and battling obesity fuelled her desire to speak up against the exploitation of women
Life happens to all of us − sometimes they’re difficult situations; sometimes they’re bad situations; sometimes they’re great situations. But, regardless, we have to deal with those situations.
My name is Ashton Smith, a Gold Medalist in Swimming in the arena of the disabled. I've had the privilege of competing in the World Games, Dubai and in Seattle, at a National US Games. It is a unique honor and I am truly blessed to have accomplished that feat, which is especially amazing since I am a legally blind African-American female.Many things stick out in my journey from hometown hero to homeless, world-class gold medalist despite having a limiting disability. My road to greatness started when I was nine years old. As a "Differently Abled" person, I found myself being left out of events, overlooked, and under picked. To say it caused inner trauma would be putting it mild.
I learned to cope by escaping into swimming, which can be a team sport or an individual one. I found myself at the YMCA in Waxahachie almost daily. Once I discovered the water, I was naturally drawn to it. It's a myth that Black people can't swim. The truth is, there are not enough aquatic facilities in black communities. Once the staff at the Y saw I loved to swim, they encouraged, empowered, and enabled me to train and blossom into that youth capable enough to capture a spot on the Special Olympics team. Most people have an erroneous perception of that organization. There are varying levels of competiveness involved, and one of the underlying reasons for their existence is to assist athletes that are disadvantaged for any number of reasons. My blindness afforded me the opportunity of competing as a swimmer for the organization.
I would like to, moving forward, monetize my historic winning and completion from the Organization. The restrictions and limitations that are in place make it almost impossible for an athlete to capitalize on their brand while still a member of that organization. However, now that I have severed ties, my plan is to make sure that I have a podcast. My second hope is to get my book written, published, and promoted. I am seeing that happen right before my eyes (pun intended). 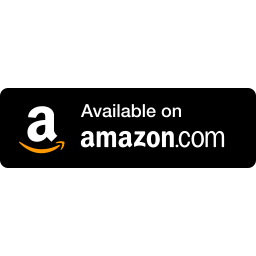 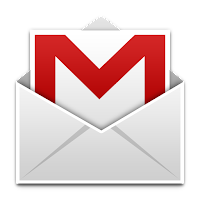 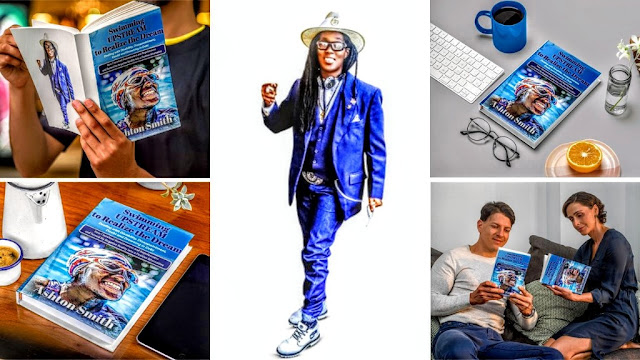 The Image Above Is Altered For The Visually Impaired