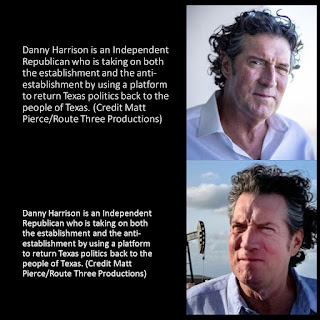 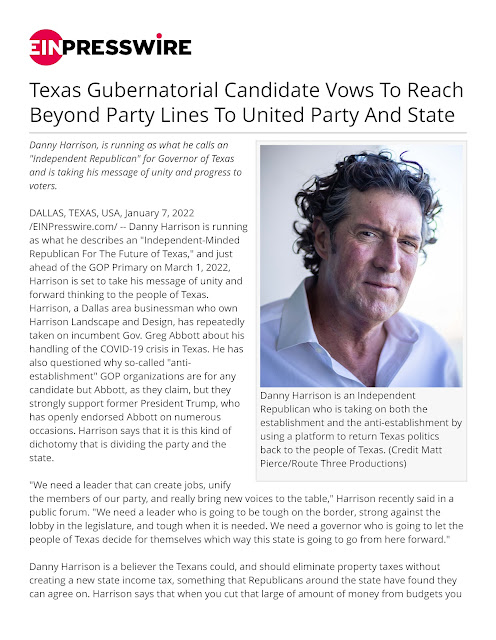 "I am for eliminating property taxes in Texas, but we have to get that money back. I have a plan that does that, if the establishment party and the anti-establishment malcontents will listen to it." Danny Harrison
"This is an election about the future of Texas and Republicans need a candidate that has worked in the private sector and knows how to make a deal--they need a real unifier and not just another bull-headed division artist," Harrison says. "The time has come for Texans to stand up and hold the government accountable for their actions. for far too long we have focused on retaining power and making sure that we set a national social reform agenda. I say let's put Texas first and make sure it stays that way."
Harrison is on the ballot with several other candidates including former Florida Congressman Allen West, former State Senator Don Huffines, and East Coast Comedian Chad Prather.
"My main opponent is not the other candidates here because I am the only one talking about new revenue, new ideas, and putting Texas solidly first. My real challenger are the establishment henchmen and the anti-establishment power players who aren't really sure what they want except more power. I want what is good for the people of Texas and I am the only candidate giving you a plan to do it."
Early voting begins in mid-February and the Primary will be held on March 1, 2022.