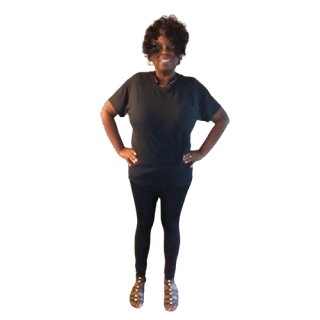 Hi, you do not know me, but I am you from many years into the future. I am writing you to tell you even though you are only 15 years old now and you are feeling like you have no direction in life because you do not know what you want to do when you become an adult. When you become an adult, you will be a famous jean designer, people will order your custom jeans from all over the world.

But before you can become a famous customized jean designer you must take more time learning about measurements, I know math is not your favorite subject, but it is one that you will need to use even in the future. Also, you will need to learn how to create a budget so you can save money to start your business once you finish college, yes, I did just type “Once You Finish College”, I know you are probably thinking to yourself right now that you have no plans to go to college, but you will.

You spend a lot of time looking at yourself in the mirror because one day you think you are too fat then two weeks later you think that you are too thin. Do not worry about your size, because your attention to your size will be one of the reasons you start designing custom jeans when you become an adult. You already alter your clothes to fit you the way you want them to fit so you have already laid the groundwork for your future business.

Do you remember when you made clothes for your Barbie doll because Mom did not have enough money to buy more doll clothes? You remember how you cut up your old jeans then laid Barbie on them and traced each side of her so you could use the scissors to cut? You also learned that you did not leave enough inches so when you are finish sewing the jean dress for Barbie, it did not fit, it was too tight. That is when you realized that you needed a measuring tape that way you could measure Barbie then add an inch on each side to allow for the one inch seam.

All of the things you are going through right now is preparing you for your future life, I am talking about things like boys not wanting to talk to you because you are taller than some of them. Being tall will also become an advance as you get older because you become a model in a store that hired you to walk through the store wearing their new season fashions. Being six  feet tall at the age of 15 years old, might seem like a burden to you know but later you will start to reap the benefits of your height.

Remember when you altered a swimsuit to appear to be a two piece? I remember it as if it were yesterday. One summer you had lost a lot of weight and although you lost the weight you were still not happy with your body because of what you called the “Flabby Flabs” which means your abdomen was not too pretty to look at but being a teenager you want to look your best so you took asked Mom to take you to a fabric store where you found some material that closely matched your skin tone to use around your waist to make it appear as if you had on two piece swimwear rather than a one piece.

What about the time you created a jumpsuit made out of bath towels? You had no idea how hot that would be because you thought if you wore it in the summer it would dry up all the sweat or even stop you from sweating. Right now, I had to pause to laugh because the towel jumpsuit actually did the opposite of what you were thinking it would do, it was hot and because it was made from towels, it did not allow you to move freely as it was not stretching in all the places where I needed to bend. Well that idea was not great, so you cut it up and gave it to Dad to use to wash and clean the car.

You have always had love for sewing and trying to make clothes fit you better and one day when you are older there will be a show on TV called “Shark Tank”  where people like you can audition in hopes of getting someone to invest in your idea. Well, you did audition for Shark Tank, and you appeared on the TV Show although you did not get a deal from one of the investors, you did get a lot of visitors to your website. It was easy for them to find you because you named your company “DeAdonisa’s Right Fit Jeans”. 30 days after the show aired you had over 300 orders for the jeans.

You realized that you could not fill all those orders and you would need help because you did not want to cancel the online orders, so you send a message telling them you will give them a 10% discount because their order would be delayed then you contacted local companies that could help you fulfill the orders. I remember after you filled the orders you contacted an international Company named “Make Your Own Jeans” so you applied to be an affiliate with the company because after all it was all about the way you told the clients to measure themselves was the key to a good pair of perfectly fitting jeans. You would tell them where and how to measure if they wanted their buttocks to look fuller or slimmer also how to measure themselves if they wanted the jeans to be smaller around the ankles like leggings.

Last thing I want to tell you is, you will have two sons that you will name Dennis and Adonis no they are not twins but their names was created from your name DeAdonisa. You will never have daughters and I know I should not ever say never but at the time I am writing to you, I am 55 years old so there is probably a great chance that my childbearing years are over. You are not a Grandmother as of the I am writing but who really knows what the future holds. 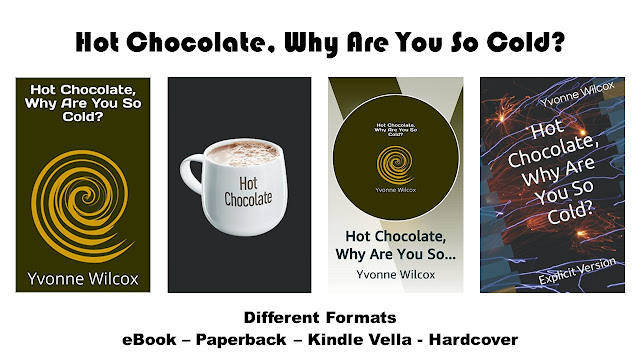