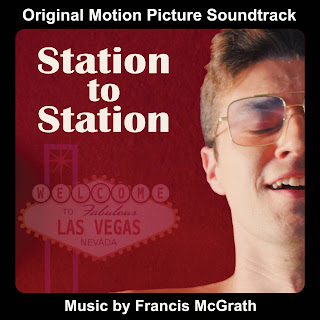 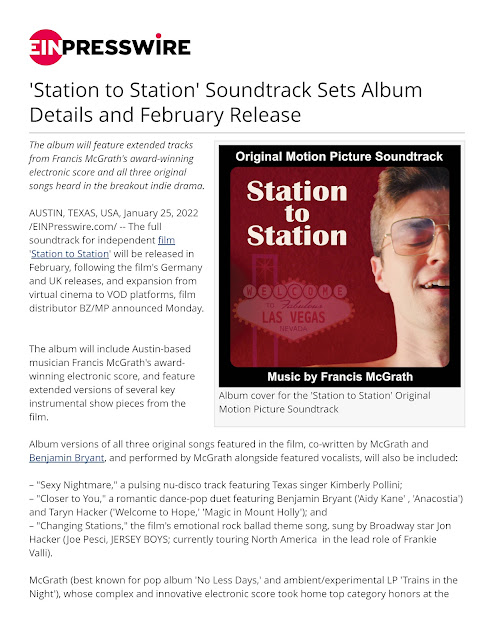 The album will feature extended tracks from Francis McGrath's award-winning electronic score and all three original songs heard in the breakout indie drama.
"Francis McGrath's music is a big part of how 'Station to Station' managed to punch so far above its own weight. I'm not surprised by demand for a full soundtrack and we're very happy to deliver one."
Benjamin Bryant, 'Station to Station' Writer & Director

"What Francis McGrath accomplished as composer and co-songwriter on this film is a big part of how our 'little film that could' managed to punch so far above its weight this past year. The music is emotional, affecting, and often haunting," said Benjamin Bryant, the film's writer and director. "I'm not surprised by the demand for a full soundtrack and we're very happy to deliver one."

'Station to Station,' the debut film from writer-director Bryant, proved to be a rare microbudget standout during the 2021 festival season. Well received by critics and honored early on by small and mid-sized programs, 'Station to Station' ultimately premiered as the opening night selection for the 2021 Las Vegas International Film & Screenwriting Festival, where it received eight jury nominations (including for Best Film), won two, and took home the festival's attendee-voted "Audience Award." The film completed its festival run with 13 wins and 15 nominations, honoring the film's production, performances, writing, direction, costumes, and more.

"Station to Station – Original Motion Picture Soundtrack," produced by McGrath in conjunction with Bryant, will be available for download and streaming on all major platforms from McGrath and BZ/MP.