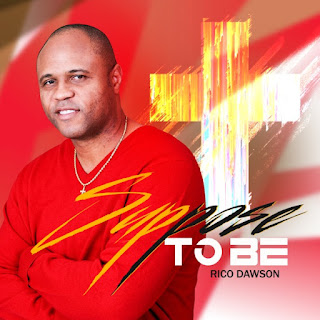 Musical Biography written by Rico Leandray Dawson
The musical journey of singer-songwriter Rico L. Dawson began in an improbable setting, the United States Army. While serving in the military, Rico became a member of the amateur R&B group, “Finesse.” As a founding member of this group, he not only performed but wrote the single “To Be With You.” His next foray into music provided formal training and experience. He left the army and completed a Bachelor of Science degree in Music Industry Studies with a concentration in Music Business Administration at Elizabeth City State University.
Other musical pursuits include joining an additional group, “Next Episode.” During his tenure with this group of performers, he co-wrote the soulful “A Lonely Night: and co-wrote “You’ll Never Find Another Love Like Mine.” The latter was recorded by “Next Episode” and featured on a CD compilation project, at his alma mater, entitled “Check the Resume: Vol. 1.”Later, he worked as an intern for Intersection Records, an independent record label. While there, he continued writing and composing. “Don’t Look No Further” is one of his best efforts during his tenure at the company.
Circumstances brought Dawson back to his home state. Upon returning to the Carolinas, Rico began working with a local producer, Lee Tate. This collaboration birthed the songs “Promises” and “Come Back to Me” Soon after, in 1998, he participated in a music seminar sponsored by WNAA-FM radio station. In December of that year, he showcased his demo for the Philadelphia Music Conference in Philadelphia, PA. After taking a year away from the music scene, he returned in the spring of 2000 to collaborate on a local compilation CD “Goldsboro 27530.” On that CD, he co-wrote and recorded three songs, “All I Want to Do,” “Do You Wanna Dance,” and “Turn Away.” These three songs were well received on the underground circuit.
In 2001, he co-wrote and sang background on the single “Take Our Time” on Richard Ashe’s debut independent CD, “Anticipation.” The single received positive feedback in the Durham, NC area. During that time, Rico began to teach music education in the Wayne County Public Schools. He wrote, produced, and arranged numerous original music selections for several schools from 2001 – 2004.
In 2004, Rico gave his life to Christ, thus putting him on a different path, musically. He no longer produced music for man’s glory, but for God’s glory. He began to put together gospel music selections, and with God’s help, he produced numerous contemporary gospel music selections. In 2006, Rico wrote and produced his debut contemporary gospel CD, “It’s Time.” Unfortunately, financial challenges prohibited the single from garnering commercial success. Dawson was delayed but not deterred. He used this respite to establish a stronger relationship with Christ. To that end, he has written, produced, and recorded several spiritual and reverent songs. Rico’s desire is that through his music that the body of Christ is edified, God is glorified, and the unbeliever is inspired to repent and turn to the Lord. He is currently a choir director at Springfield Middle School as well. While being assigned as a music educator, he has penned lyrics for a jazz composition performed by the De Sayles jazz band in 2015. Rico’s debut gospel album titled “Suppose To Be” was released in April 2021.