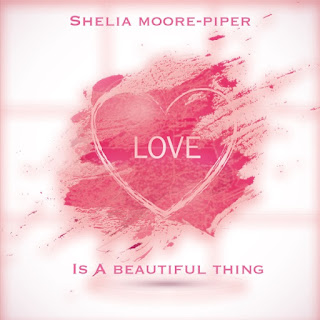 Award winning Christian Soul Artist Shelia Moore-Piper is set to release anew EP entitled “The Love/Soul Session Vol.1”, later this summer from the Bdm/Ugroove Music Label which she is Co-owner along with her Husband Glenn “GP” Piper. Aside of her artistry, Shelia has kept her hands busy writing, arranging and co-producing with her Husband for several Artists, having 3 singles make the billboard indicator charts and one single that’s currently #25 on the Billboard Gospel indicator Chart. Known for her high energy, funky, brass thumping signature soulful sound, Shelia’s takes a different direction on the first single entitled “Love Is A Beautiful Thing” a love ballad showing the more intimate, singer /songwriter side of her unique style.

Establishing an independent record label and production company with her husband Glenn 'GP' Piper, Bdm/Ugroove Music in 2004, as a vehicle to increase the effectiveness of her ministry, she released her Debut album 'Tha Story Told Twice' in 2009. Breaking new grounds and perhaps carving out a new category in gospel music she labels "Christian Soul". With signature songs like "Single Lady" and "Rest Your Mind" the album receive Numerous airplay from various stations including 92.1 Praise, former home of the Yolanda Adams Morning Show.

Shelia Moore-Piper's second release entitled Are You Ready? Chapter 2 from the label in 2014 is comprised of 12 powerful and anointed tracks, with popular songs like Get Excited (the soulful single) which debuted in the top 50 DRT Rock/Adult Contemporary Charts and was re-released April of 2017. The title track Are You Ready? featuring vocalist Erin Stevenson Shelia Moore Piper is simultaneously unashamed in declaring the joyful news of the gospel while crafting a sound that is unabashedly and jubilantly analog in a digital world.

When you spend time with Shelia you begin to understand the subtle intensity of her music. Music is a ministry, and it is my ministry, and it was this passion and conviction that inspired Shelia Moore Piper to deliver her current release, Are You Ready Chapter 2. A body of music that is inviting, reflective, and encompasses a universal message of worship, self-love, and hope.

Piper deals with these themes directly and with endless finesse. Her voice is soulful, feminine, and guided by her impeccable ear and good taste. Are You Ready stretches over a variety of styles, often utilizing jazz and soul undertones, sometimes dealing in groovy offerings of funk with light smatterings of Motown and disco, and occasionally visiting the hip-hop genre

All in all, the record is exceptional listening, incredibly well orchestrated and produced, and Represents a fantastic introduction for the public to this astounding, Christian Soul singer.