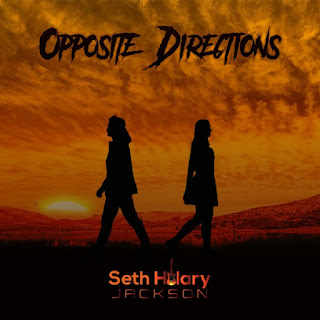 Seth Hilary Jackson is a New York singer/songwriter with a unique signature sound. His style is a blend of classic rock, pop, and country music, while his lyrics demonstrate his gift as a natural-born songwriter with themes on love, politics & mental wellness.

Born in Brooklyn New York, he later relocated to California where he remained for 30 years. Recounting his experience in the song, “There is no California” the singer moved back East and now resides in New Jersey.

His musical journey began at a young age. Captivated by various artists such as “The Doors, Cream, & Carole King”, it was one of the UK’s most famous bands “The Beatles” who inspired Seth to want to learn the guitar. With an elder brother who played piano & drums, he felt stimulated by his sibling’s musical knowledge.

During Seth’s last semester at the Wharton School of Business, his brother encouraged him to write his first song. His second one gained traction, receiving airplay on a Boston FM radio station and gained exposure in the magazine “The Beat”, which advised readers to "Be on the Seth Jackson alert."

Seth has been a professional songwriter for over 20 years and has written for an array of independent artists. His songs have been featured in film and TV as well as successfully making it into the European Country Music Association charts where his song, "Wait ‘till I Get My Hands on You”, hit the number 1 spot. Having been highlighted in American Songwriter magazine, he was also Los Angeles Regional Coordinator for the Nashville Songwriters Association International (NSAI).

The singer’s exceptional gift for storytelling led him to receive a Presidential invitation to the White House for his song “Pfc Ross A. McGinnis”, a tribute to a war hero.

With his first album produced by Los Angeles-based Kevin Fisher, Seth went on to produce his own music which has yielded a rich collection of tracks. Not one to be placed in a box, the artist recently released his first cover song “The Other One” originally by favorite band “The Grateful Dead”.

Seth Hilary Jackson is committed to inspiring others through his music.