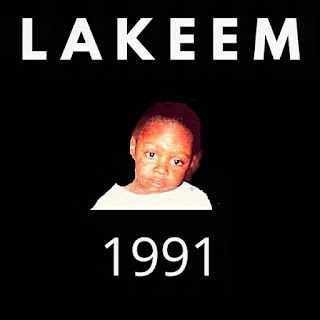 Lakeem Williams is an American singer, songwriter. Born in Louisville, Kentucky, he started his career in 2010, releasing the several mix-tapes. Currently Lakeem is flaunting his singles “Poison” and “Danger”. The latter song was originally created in 2013, with the artist’s dad putting down the funky baseline. They did the recording in about 3 hours. In the world of R&B music, there is a void; an all-too-obvious lack of credible, intelligent music that so defined the genre in its heyday. The R&B or Soul, of yesteryear was written by masters of their craft. Now what we are being handed–with a few notable exceptions–is a body work that lacks soul and meaning. Yes, you can dance to it, but where is the deeper, soulful meaning? Lakeem seems to be delivering both, with his latest cuts.
Lakeem seems to be carving a highly impressive slot for himself in the R&B world with an ingratiating style highlighting emotionally savvy lyrics from a man’s point of view that shows a mature grasp of women’s feelings in relationships.
Alongside that, his appealing vocal delivery, bearing a hint of influence from MJ’s limber phrasing but with a smoothness of his own, is a welcome deviation from the over-produced performances of many of his radio contemporaries.
Finally, urgent but cool tempered, groove music, with a nod to the solid astuteness of present-day urban sonic structures. The focused frankness of Lakeem’s lyrics also cements his position as a purveyor of sophisticated, contemporary R&B and Soul.
The rhythm feels incredibly simplistic, with a basic bass guitar pattern and light razor sharp drumming. Meanwhile Lakeem’s vocals are made to carry the workload, and are given the backing of more vocal performance which add sonic depth.
The combination of these vocals melismatically transcend through the notes and then drop back and forth exquisitely. The whole package is incredibly appealing, but nuanced vocal performance and clever songwriting are the order of the day here. “Danger” invites the listener to the kind of music exploration only a voice like Lakeem’s can offer.
In a time, that R&B has changed immensely. A time, when it feels like the sound is moving away from the traditional, vocally-focused aesthetic of the game’s core and the genre is waning in popularity as a whole, in favor of EDM and Trap, Lakeem steadfastly – maybe even stubbornly – sticks to his musical guns.
Now while all the R&B singers are rapping, and all the rappers think they can sing, and traditional R&B is being pigeonholed into some other corner, Lakeem delivers some real authentic sounding stuff with “Danger”.
Clearly there’s still space in the modern game for a singer of Lakeem’s stock, especially as he seems to have found a way to make his latest singles sound both vintage and modern, without trend-chasing. “Danger” is one of those tracks that when you put it on, your body – mind, heart and feet – just sort of naturally do what they’re supposed to do. It’s kind of a no-brainer. Just follow the groove!
Nice strong voice tha goes well with the vibe and tone of 1991. This is a song that sets the mood to celebrate an anniversary because a lot of people can think back to 1991 and try to remember what they were doing, I know for me it was a pleasure flash back since the world was so different. Thank you for that trip back as I was able to revert to a better time in my life. You did an outstanding job. We will put on our Spotify Playlist, YouTube Playlist and Blog also if you send us an mp3 we will feature it on our June Artists Podcast.